Attention Deficit Hyperactivity Disorder or ADHD is a very real condition affecting both children and adults.   It is chronic in nature and all but approximately one third of children diagnosed will still have symptoms as adults. Contrary to popular belief, not everyone with ADHD will have hyperactivity and hyperactivity in adults will look different than hyperactivity in children.   Although the causes are not completely understood, it is believed to be both neurological and genetic.  In fact, if one parent has ADHD it is 8 times more likely that their child will as well.   Environmental factors like food, stress, allergies and chemical sensitivities may also play a part.  Although not widely used as a diagnostic tool, brain scans have been used to prove the difference between the ADHD brain and the non-ADHD brain.  There is no cure for ADHD but there are many ways to manage the symptoms.

What are the symptoms?

The official diagnostic tool for ADHD is the DSM-5 Criteria for Attention-Deficit/Hyperactivity Disorder.  It is broken into two categories of Inattention and Hyperactivity/Impulsivity.  Each category list 9 symptoms which are scored on how often they symptoms occur and how severely they impact daily life.  ADHD is diagnosed if an individual has six symptoms within either or both categories.  Based on the scoring there are three types of ADHD:  Combined Type, Predominantly Inattentive and Predominantly Hyperactive/Impulsive.  Typically, the diagnosis is based on a combination of self-reported symptoms and from questionnaires filled out by a family member and teacher or employer.

The symptoms of Inattentive ADHD are:

The symptoms of Hyperactive/ Impulsive ADHD are:

Inattention, hyperactivity and impulsiveness show up in different ways with children and adults. Adults may have trouble with procrastination or spend money impulsively or engage in risky behavior such as driving too fast or gambling.  In addition, the results of the symptoms of not thinking before acting may manifest as impulsively making harmful or offensive comments with adults with ADHD.  The negative impact of making impulsive comments as well as a tendency to have frequent outburst of anger can be damaging to relationships if not managed.

What is the treatment?

There are many options for treating ADHD and it is important to work with a qualified physician to review what might be the best approach for each individual.  Treatment may consist of one or a combination of medication, support from a therapist or ADHD coach, environmental changes, accommodations at school or work and nutritional support.  There are many other interventions including neurofeedback and other brain training programs that are helpful as well.

Working with an ADHD coach helps an individual get organized and stay on track.  Many teens and adults with ADHD have had parents in this role when they were young and a coach can help transition them to develop strategies to become more self-reliant.  As an ADHD coach I help clients recognize and use their individual strengths to promote growth and overcome weaknesses.  I work with my clients to develop strategies that will work for them based on their individual needs and personality. 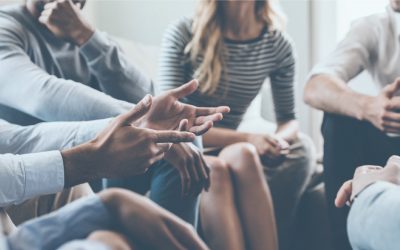